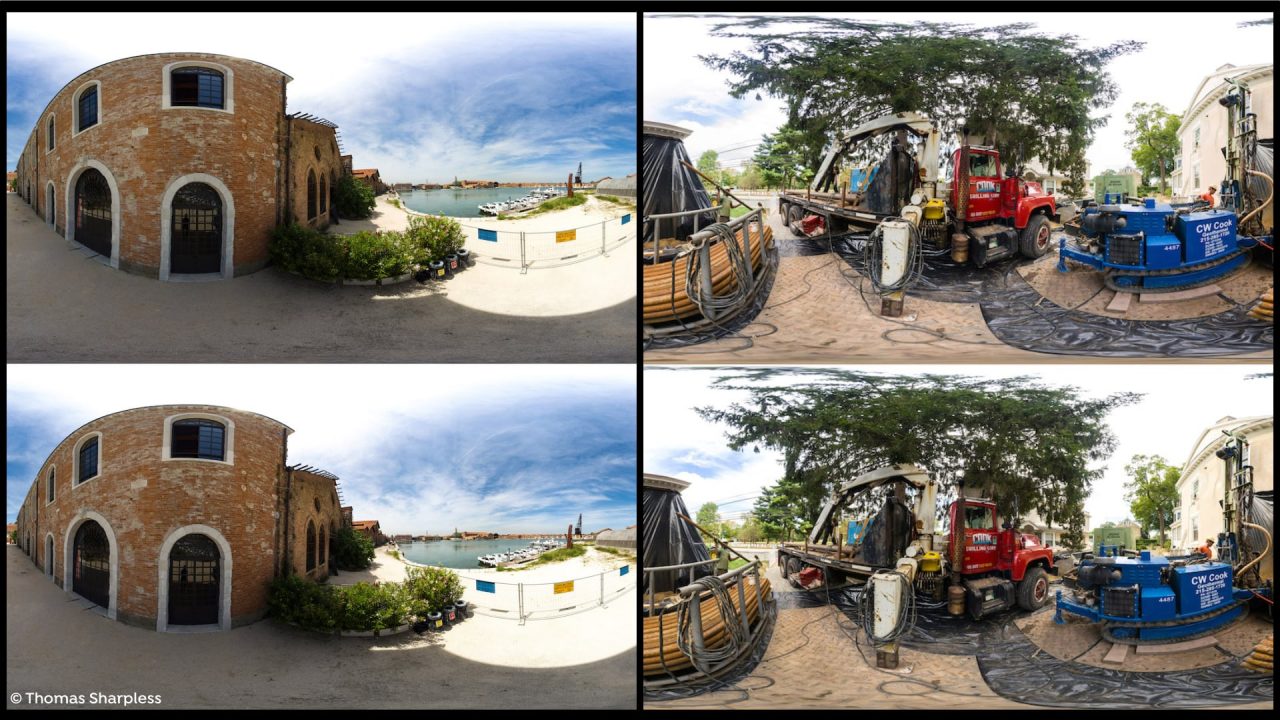 Today we released another beta version of 6.1 that is chock full of features like native stereo support and an importer for Panotour Pro projects. At the IVRPA conference in Belfast, we already gave a sneak peek. Since then we’ve added even more features, and below you’ll find the full list along with issues we’ve fixed.

You could always have custom hotspot images, but they needed a hotspot template in the skin. We added now an easy solution to create individual images per hotspot. For any point hotspot, add the image in the hotspot properties. And then you can resize the image or choose to have it 3D distorted without creating or editing a skin.

In the previous beta, we added a feature that converted a patch to a pinned video and image. Converting the patch to a pinned video made the workflow for embedded videos much easier. With this beta, we’ve added the ability to convert the patch to a custom image for a point hotspot. This will make the workflow for 3D distorted hotspot images also easier with fewer steps involved. 3D distorted hotspots images allow us to create perfectly aligned roll-over effects in the panoramas and Hopki explains in the tutorial below how to do this.

To make the workflow friendlier you can now change the colors of the built-in skins using the Edit Skin Configuration button. This lets you easily match the colors of your website without opening the Skin Editor.

We’ve gotten a lot of Panotour Pro users since Kolor closed and wanted to make it easier for them to covert their projects to Pano2VR. With this release, we’ve added the ability to import Panotour projects. Most features like hotspots, categories, floor plans, and lens flares will be converted, but the skin will need to be rebuilt.

Hopki has a great tutorial showing exactly how this works and even rebuilds Katherine Gooding’s skin (Thanks Katherine for the project!).

Stereo Panoramas are now natively supported. All you need to do is drop in your stereo panoramic image, and you’re good to go. You can even mix stereo and regular panoramas. If you’re working on a tour, you can also make use of the new distance field for hotspots to bring them closer to the viewer. We also updated the patch tool to support stereo panoramas as well.

Earlier, we introduced some features in the skin editor that would allow you to create menus with categories. With this beta, we added a few more features that will enable an accordion menu. You’ll find the accordion menu component in the Components Toolbox.

To update Pano2VR, go to Help in the menu bar and choose Check for Updates. Or download directly from our website and install.