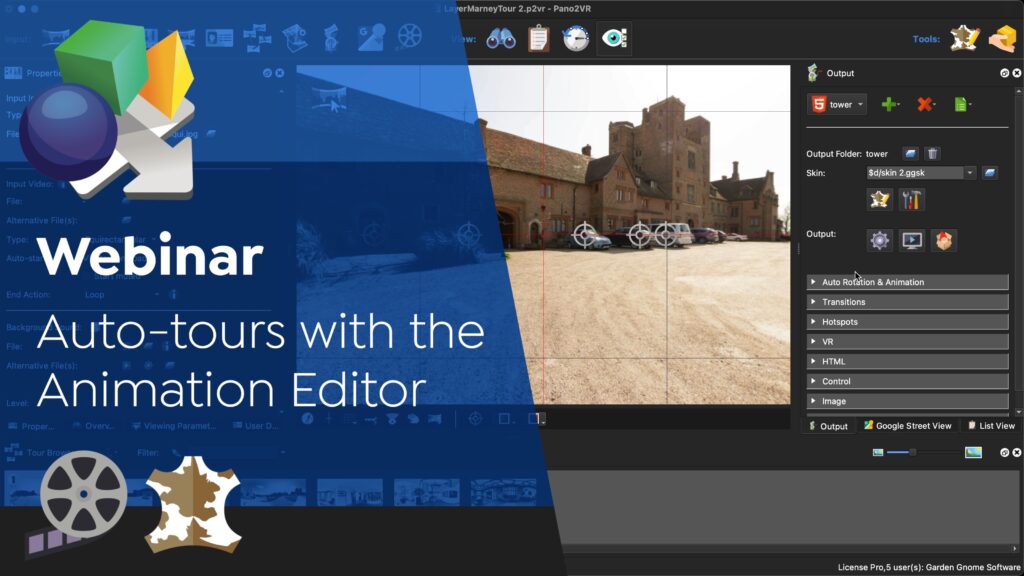 Learn how to use the Animation Editor in Pano2VR to build self-playing virtual tours. 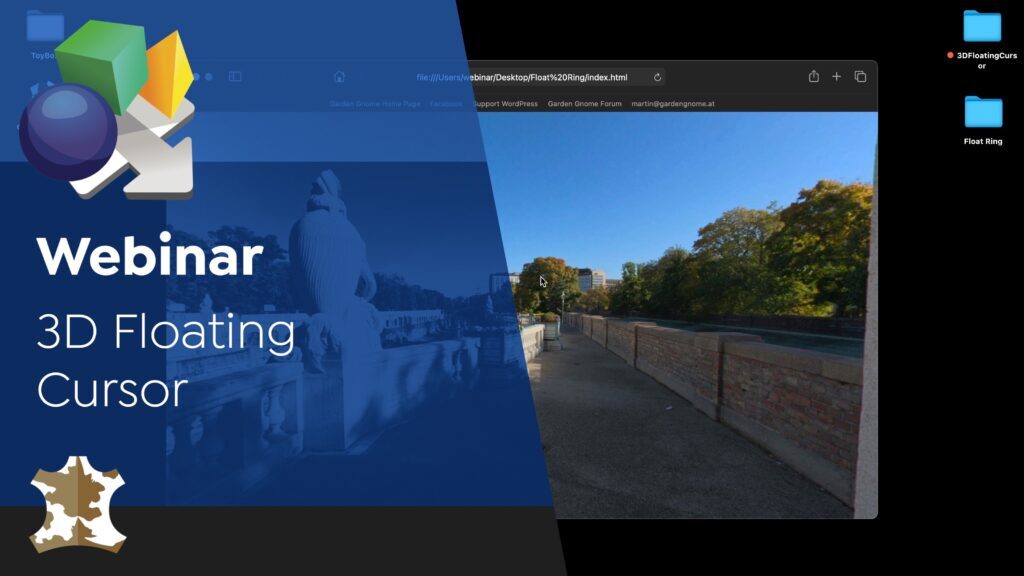 The 3D Floating Cursor is a custom cursor that follows the mouse pointer and has the illusion of being flat to the floor. Join us and learn how to change the cursor’s appearance and how to add custom graphics. 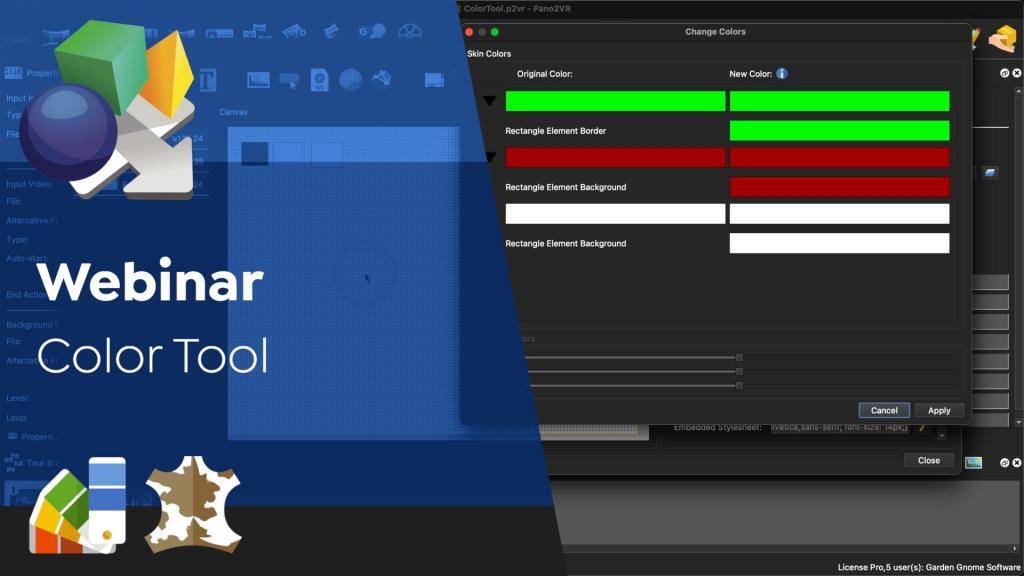 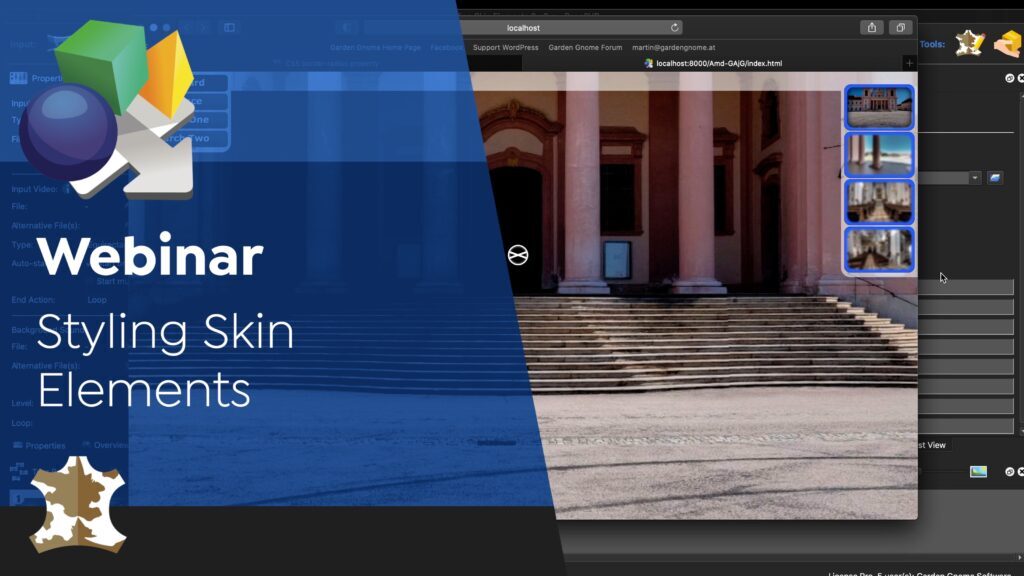 In this webinar, Martin will give you a short introduction to CSS, and then he’ll show you where to look for CSS code and how to implement it in your Pano2VR projects. 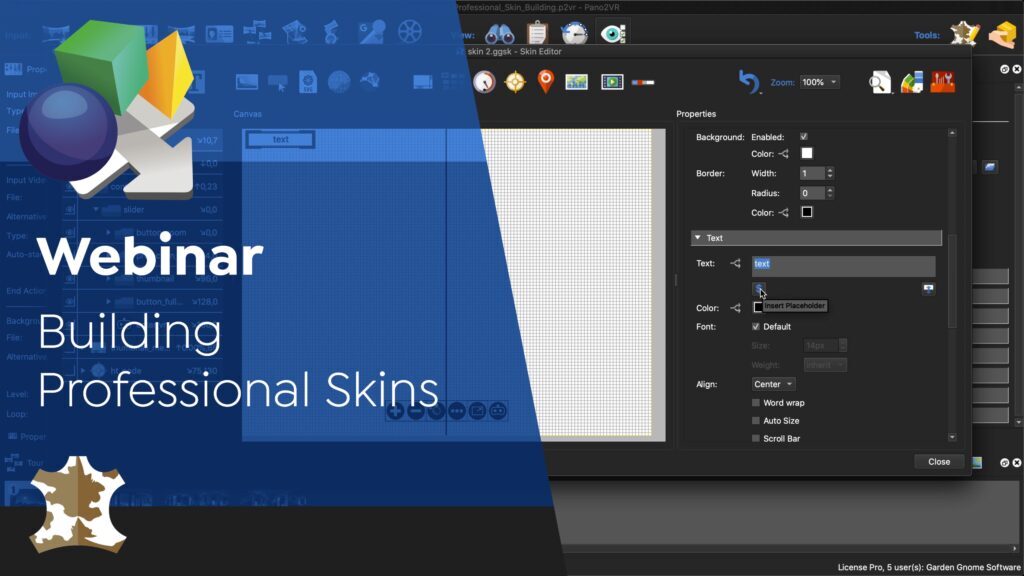 You’ll learn how to construct skins that provide customization options similar to our built-in skins. Building them in this way, making use of the Skin Configuration button, gives you the opportunity to sell skins where the purchaser can then use the skin in many projects being able to customize it. 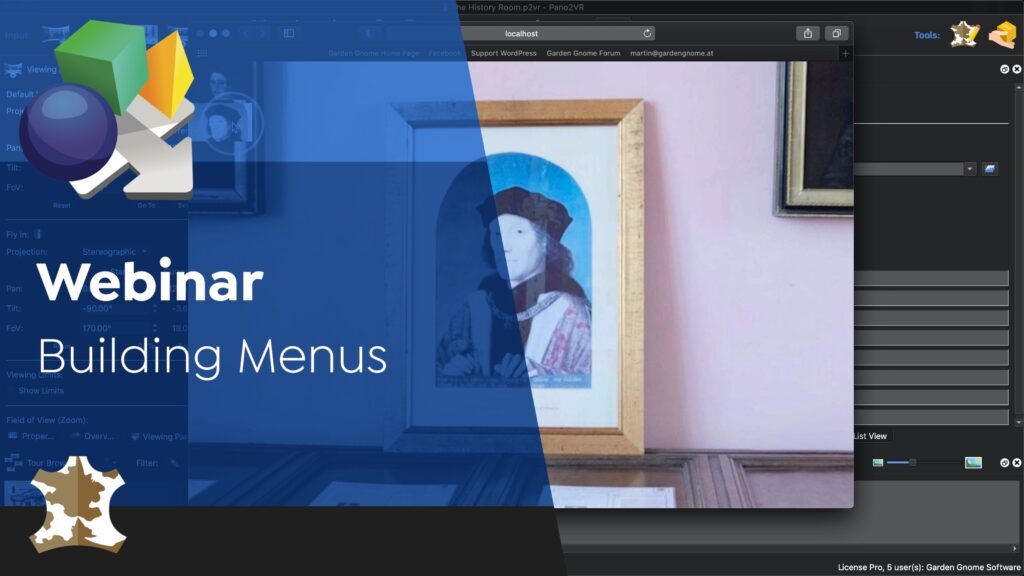 In this webinar you’ll learn not only how to build thumbnail menus for node navigation, but how to build menus for mouse and touch screen control, and how to use menus for changing to different views. 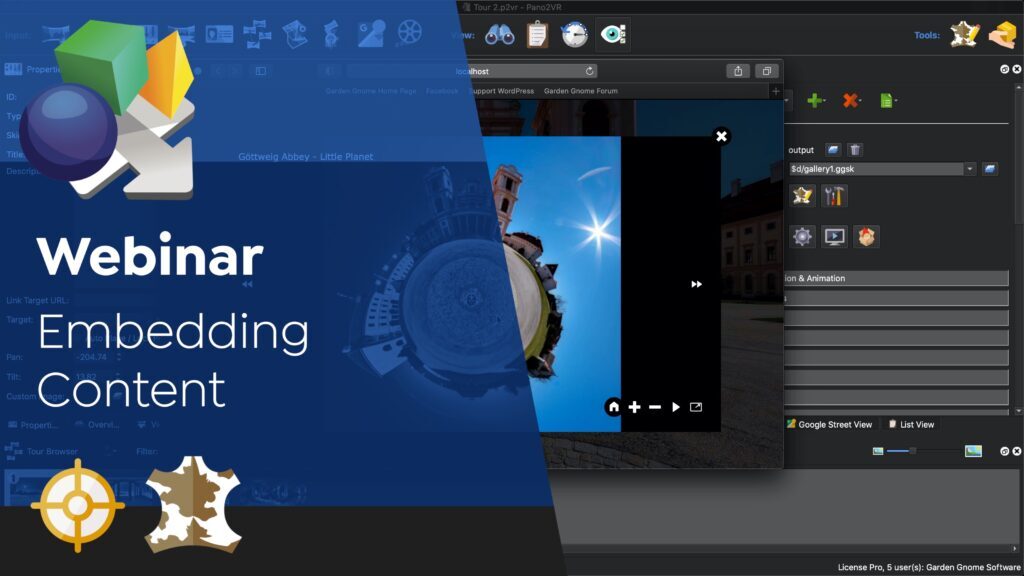 In this webinar, Martin is going to show you how to embed image galleries, websites, and even interactive objectVRs from Object2VR. 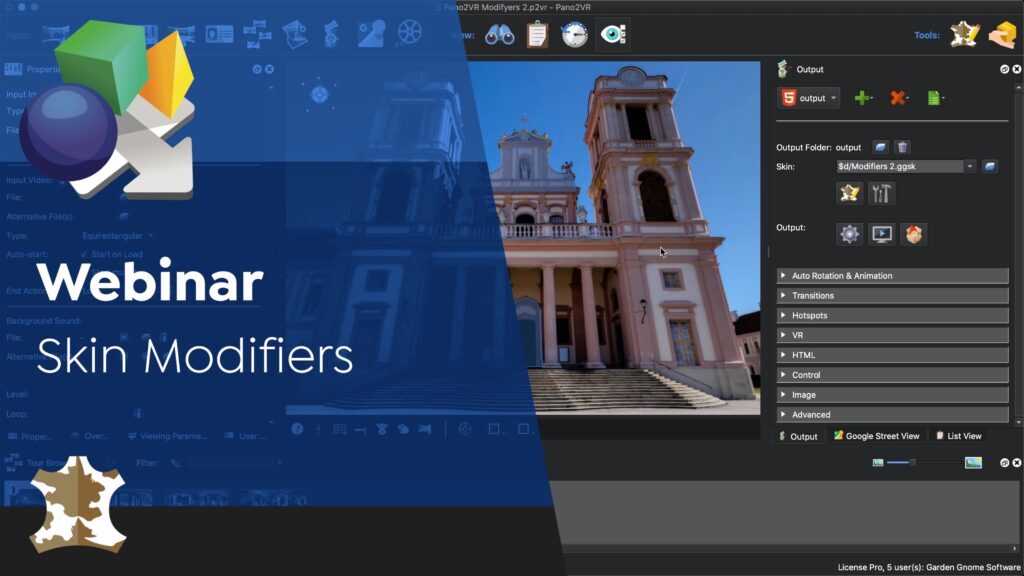 You’ll learn about skin modifiers, found in the Skin Editor, and how to use them, including how to adjust the width of a radar beam, create tooltips that follow the mouse pointer, and how to create custom cursors. 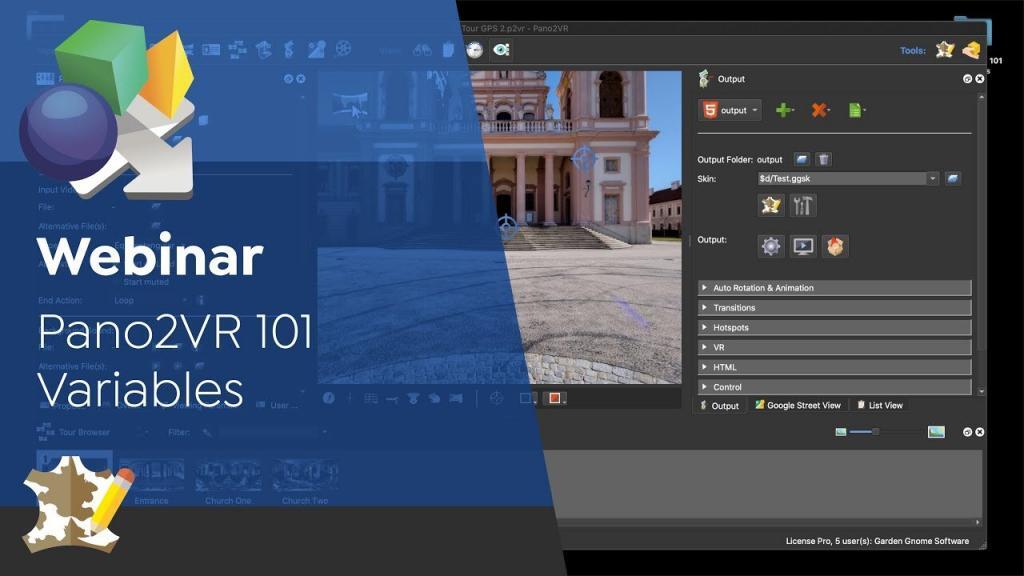 Learn about variables and how to use them in the Skin Editor to help simplify automating actions. 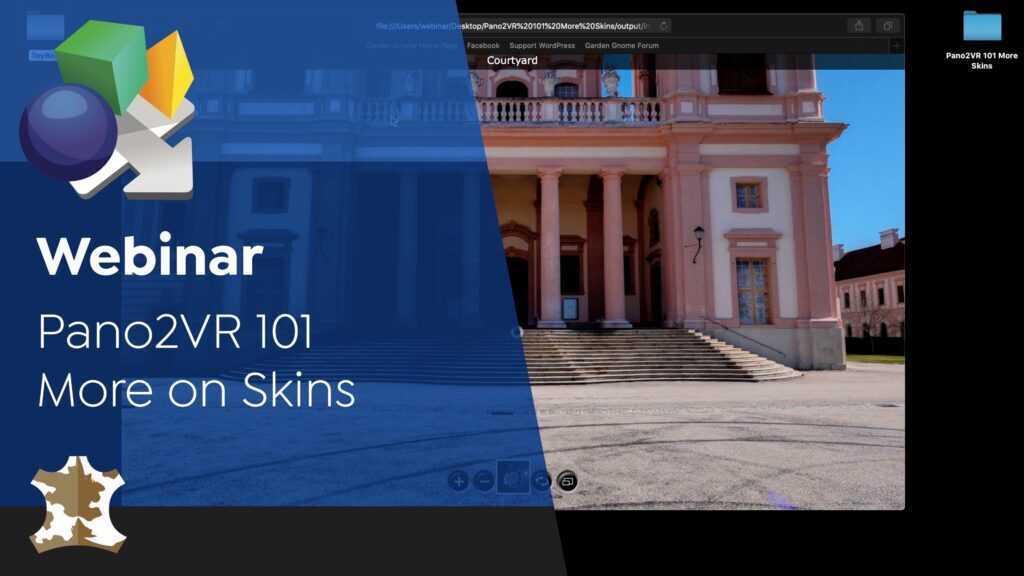 Learn how to add to your graphics to the skin and assign actions to them to create buttons. 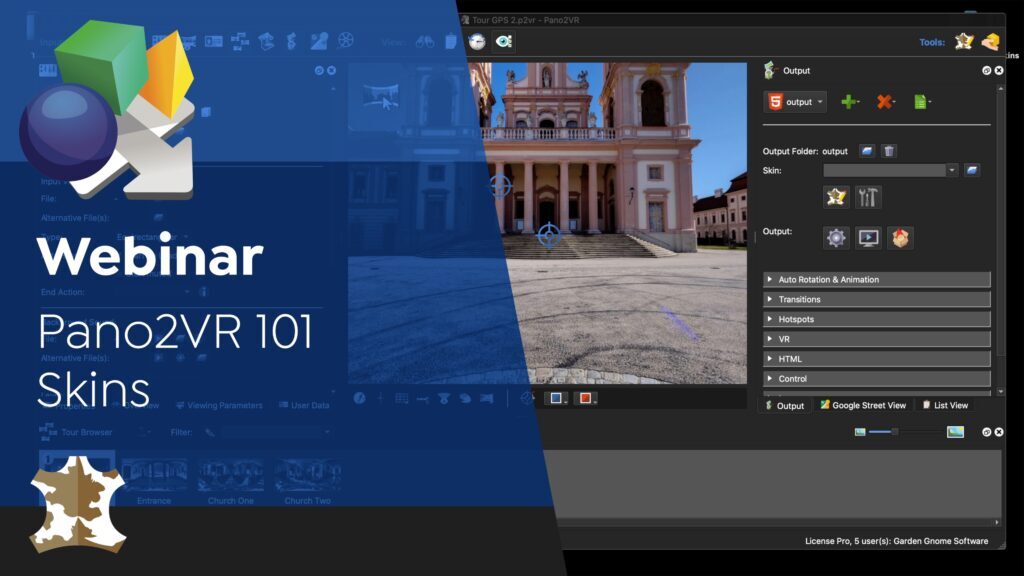 Learn how to build a custom overlay (skin) using components in Pano2VR. 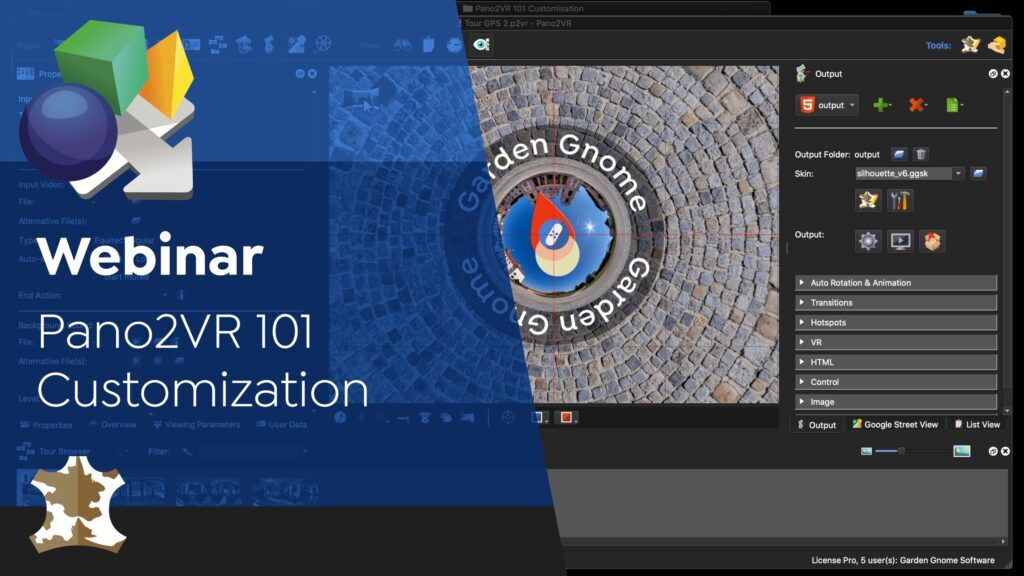 Pano2VR ships with two, built-in skins or overlays. In this webinar, you’ll learn how to customize them to match the look and feel of your project. 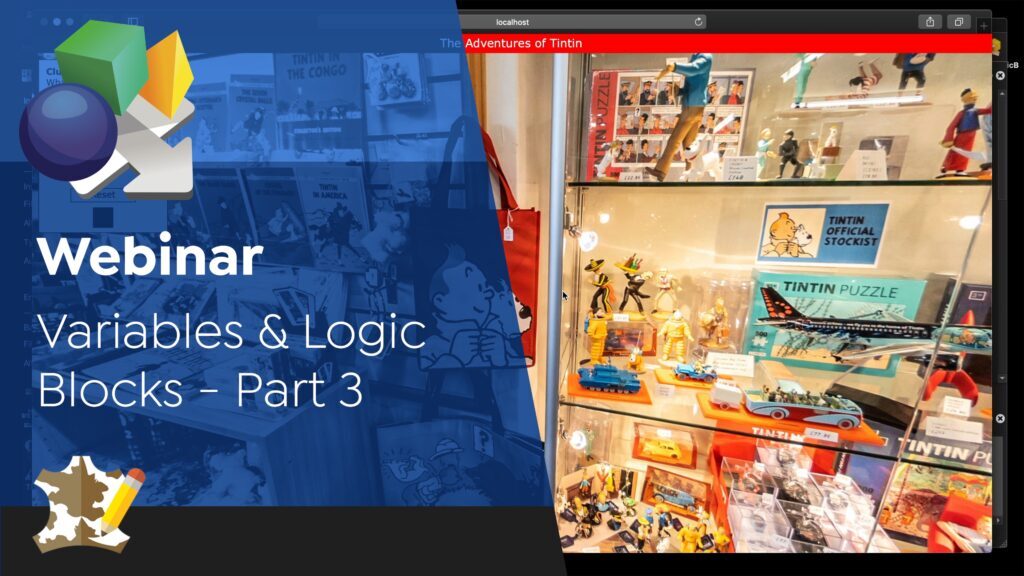 Part 3 of the Logic Blocks and Variables webinar will expand further on the concepts learned in parts 1 and 2 plus we’ll be looking at gamification of projects. 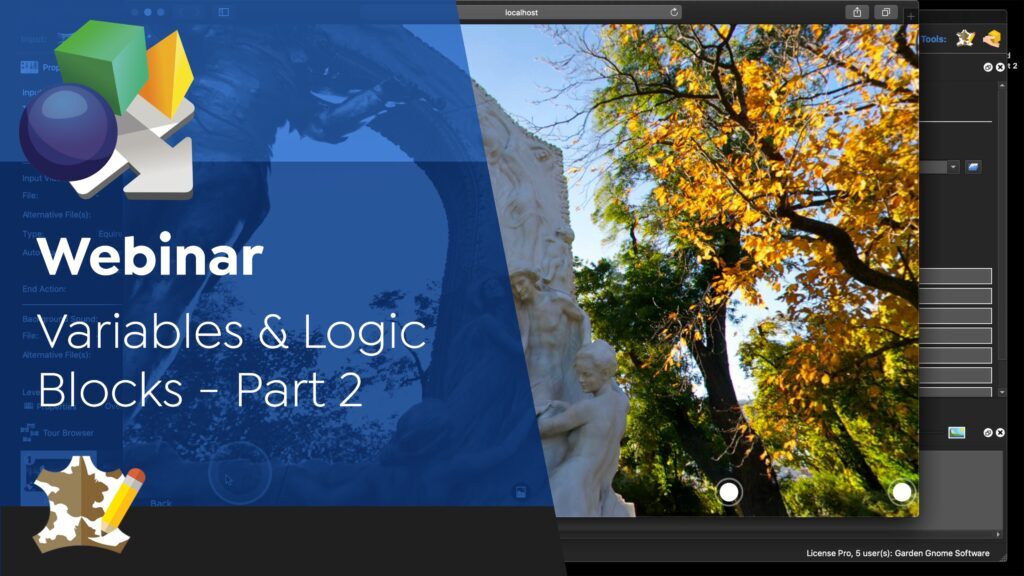 For the second part on variables and logic blocks, Hopki continues to build on the back button that was created in part 1 by change a few of its attributes. He also expanded on the animated point hotspot and made it a component that can be saved and shared. 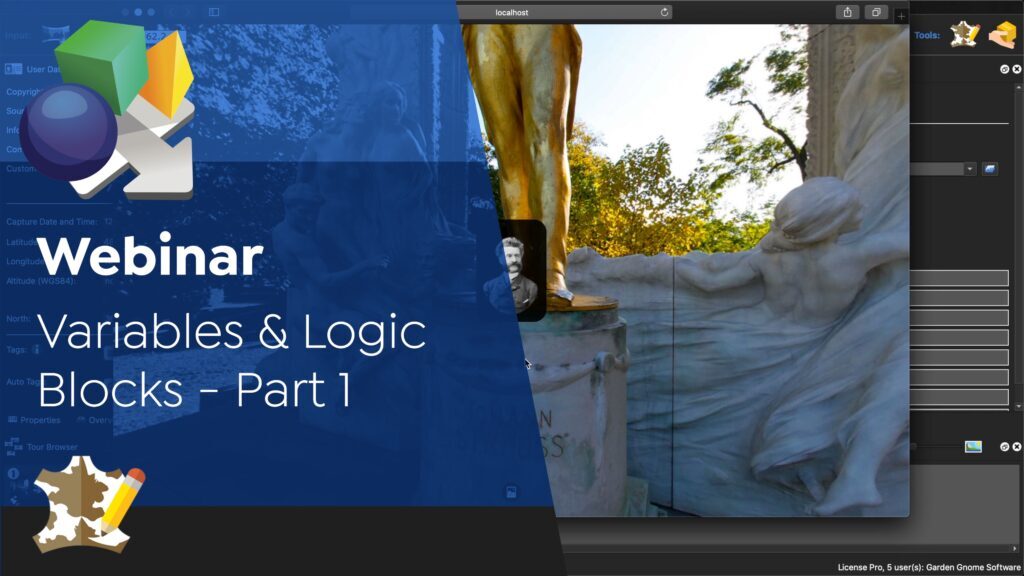 Join Hopki in this first part of a series that will be dedicated to learning and understanding variables and logic blocks in Pano2VR’s Skin Editor. 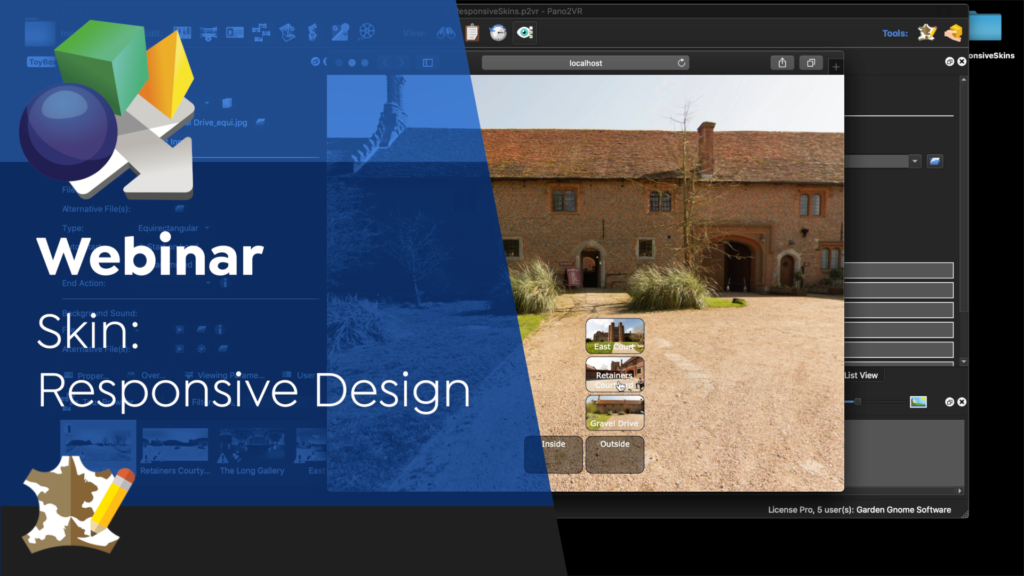 In this webinar, you’ll learn to not only create a responsive skin, but also the different ways of thinking about how a skin should be responsive. 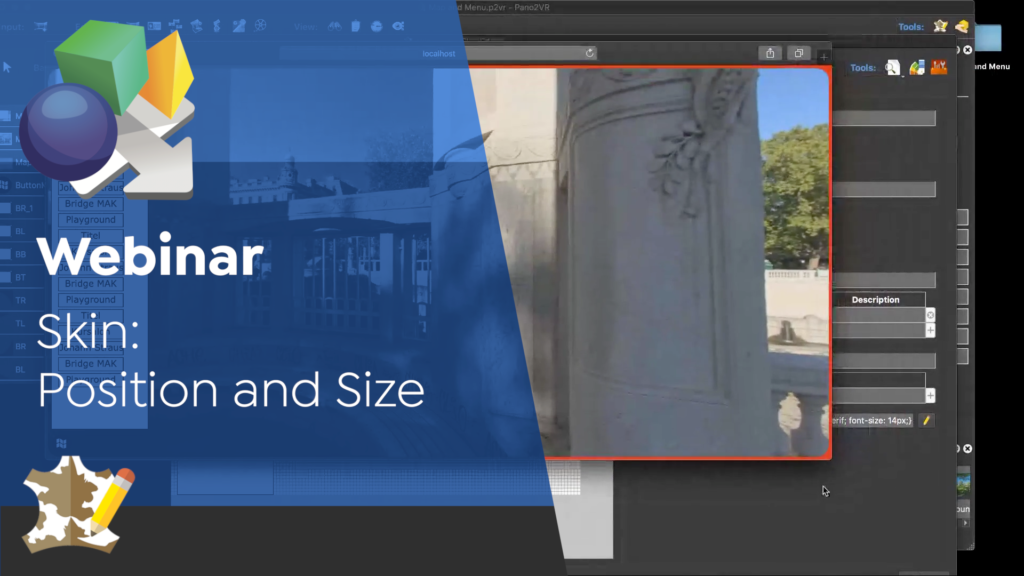 This webinar teaches you how to use the size and position properties in the Skin Editor. Watch as Martin shows you build a frame, a map that expands and collapses, and a scrolling menu that reveals and hides itself.